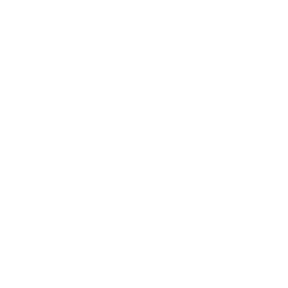 “WEBB Party: The Roaring 25” will be a salute to the glamorous 1920s with a distinctly 2018 high-tech twist. General admission tickets are $75 presale ($65 for students and military) at the Aztec Theatre box office (in person or online at www.theaztectheatre.com) through. Cut-off for all pre-sale tickets will be 6 p.m. Thursday, April 19, at the box office and 11:59 p.m. Thursday, April 19, online. If the event doesn’t sell out before then, general admission tickets will be available at the door for $90 each as long as they last. Ages 18 and up may attend the WEBB Party. A valid photo I.D. is required to purchase tickets and to gain entry the night of the event – no exceptions. Other featured entertainment will include an Aztec God & Goddesses Hairstyle Showcase, presented by Rebel House Salon and featuring Miss Gay San Antonio; a dance revue by the RLE Showgirls; “A Tribute to Josephine Baker,” by award-winning burlesque artist Black Orchid; a performance by Mr.Gay San Antonio; and high-energy dance music presented by local celebrity DJs.

The party also features full-service open bars for all guests (alcoholic beverages for 21 and over only), cuisine tastings by some of San Antonio’s top restaurants, colorful costumes – and Fiesta’s most diverse, fun-loving crowd. And to commemorate the 25th annual party, SAAF will pay special tribute to the founders of the event. In addition, the inaugural “Papa Bear Legacy Award” will be presented in honor of SAAF’s late founder, Robert “Papa Bear” Edwards.

A silver anniversary also requires a very special, limited-edition Fiesta® medal and SAAF’s is a stunning silver-toned “spinner” this year. It’s available for $10 at the Fiesta® Store, Karolina’s Antiques and SAAF. Visit www.SanAntonioAIDS.org for full details or to purchase online.
“We are dedicated to making the WEBB Party an unforgettable extravaganza that will not only raise money for the San Antonio AIDS Foundation, but also raise awareness of the fact that HIV/AIDS remains a serious public health problem in our community,” said SAAF CEO Cynthia Nelson. “Each year, funds raised at the party help us continue to educate the public, prevent the spread of HIV and care for those affected by HIV/AIDS.”

The WEBB Party started in the early 1990s when a group of friends decided to throw a spectacular party and make it a fundraiser for the San Antonio AIDS Foundation. Local legend has it that one of the organizers owned an inspirational calendar that included the Ethiopian proverb, “When spider webs unite, they can tie up a lion.” The planners were so moved by the saying that they decided to call the party “Web.” But somehow, the word was misspelled on the first invitation – and never corrected. The rest, as they say, is history. (And WEBB is now a bonafide Fiesta icon!)

WEBB became an official Fiesta® event in 2004. It is now the San Antonio AIDS Foundation’s most visible and important fundraising event of the year, attracting more than 1,000 guests and raising more than $100,000 for the organization. It helps to fund such programs and services as free HIV testing, prevention education in public schools, outpatient clinical care, mental health counseling, transitional housing and a 365-day-per-year hot meals program servicing Bexar County and 11 surrounding counties – and reaching approximately 30,000 people a year.

ABOUT THE AZTEC THEATRE

At a price of just under $2 million, the Aztec officially opened on June 4, 1926, as one of the most decorative movie theaters in the country. The design firm of Meyer & Holler combined elements of Aztec design with modern touches creating an “ancient American” look, complete with polychrome plasterwork, duplicating murals, massive columns and sculpture from ancient Mexican temples. The centerpiece of the lobby was a three-ton chandelier, two stories tall and twelve feet wide, hailed as the largest in Texas at the time.  For more information, visit www.theaztectheatre.com or call 210-812-4355.10.812.4355

ABOUT THE SAN ANTONIO AIDS FOUNDATION

Founded in 1986, the San Antonio AIDS Foundation commemorates 32 years of service in 2018.  It is the oldest and largest HIV/AIDS service organization in Bexar County.  Its mission is to prevent the spread of HIV and provide comprehensive services to individuals affected by HIV/AIDS.  SAAF’s offices and services are located at 818 E. Grayson St.